Some years ago a negative publicity campaign, initiated by a rival oil industry, was disseminated about coconut oil based on faulty and misleading information. Shortly thereafter, coconut oil began disappearing in the U.S. as an ingredient in foods and food processing. Since coconut oil consists of natural saturated fatty acids, it was wrongly suggested that it raised cholesterol levels, and would, therefore, clog up arteries and lead to heart disease. That is not so. In fact, coconut oil has a profile that leads to an exactly opposite conclusion. It is important to note first of all that not all saturated fatty acids are the same. Whereas long chain saturated fatty acids do get stored as fat in the body, the medium chain and short chain fatty acids do not. Coconut oil consists of the latter–short and especially medium chain fatty acids, and that distinction makes all the difference. Not only have these fatty acids now been accurately shown to have no effect on cholesterol levels but because of their beneficial biochemical activities, they can even improve arterial and heart conditions.

The shorter chain fatty acids of coconut oil are immediately digested and absorbed and are quickly sent to the liver to be used as metabolic fuel. In other words, they do not float through the blood stream as fat globules that go into making fat and thereby clogging up arteries. The fatty acids of coconut oil are metabolized quickly for energy. They help the body’s metabolism burn at a more effective rate, so coconut oil is to be recommended for a weight loss diet and for maintaining optimal weight balance.

Once coconut oil is seriously considered, you find that its benefits are numerous. Its healthful effects on the skin are well-known. Topically, coconut oil can be used as a sun screen, helps to heal cuts and burns, and keeps the skin soft and youthful. It is found to be effective on fungal, including yeast, infections, and also against a whole range of bacterial, viral, and parasite conditions.

Studies on coconut oil have shown it to be helpful in controlling diabetes, in reducing the risk of atherosclerosis and heart disease, and to be a strong cancer preventative. It also supports the immune system. Coconut oil improves the absorption of vitamins, minerals, phytonutrients, and amino acids. It is especially effective in the calcium-magnesium cycle, therefore helpful in the prevention of osteoporosis. Coconut oil also benefits the functioning of the thyroid gland, which in turn governs brain development and the production of the protective myelin sheath of nerve cells. Coconut oil also functions as a broad-spectrum antioxidant, which includes its protective and healing properties for the skin.

Coconut oil is considered the most stable of oils. It can be stored at room temperature over long periods of time and show no deterioration and rancidity. Its long shelf life is commonly put at 2-3 years. It has a melting temperature of 76 degrees. Coconut oil is the perfect cooking oil, as it is heat resistant, its stability keeping it from changing into trans-fatty acids, which are now shown to be a definite health hazard. Trans-fatty acids, unfortunately, are now found in most processed and fast foods.

Our organic coconut oil shows an excellent profile: A traditional Philippine extraction method is used to produce an unsurpassed naturally tasting, full-bodied, and distinctively pleasant coconut aroma product. The peoples of the Pacific islands who consume coconuts as a large part of their diet provide radiantly healthful living examples of its wonderful benefits. Coconut oil is reclaiming its title as one of the most widely used and healthiest oils on Earth. 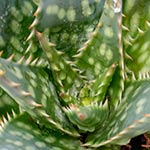 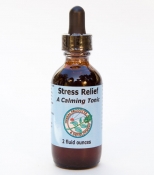 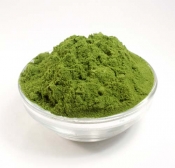 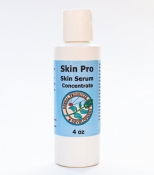